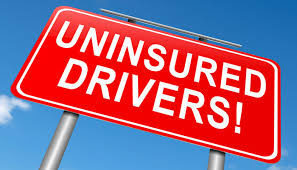 If Somebody Hurts You, Are You Ready?
We have talked about this topic a number of times, but it never stops being relevant.

If You Are Hurt in a Car Wreck, Are You Covered if The At-Fault Driver Is Not Covered? Piedmont Injury Law Recommends Protection Before It’s Too Late

What happens if a negligent driver hurts you or somebody you love, and that person has no money to pay for the damages and no insurance to cover your losses? This happens far too often — nationwide and in Georgia, about 1 driver out of 8 is completely uninsured. With the potential for injury a carelessly-driven car poses, Georgia’s minimum liability coverage of $25,000 is completely inadequate in a lot of cases, so even when a driver has liability coverage it may not be enough.
At Piedmont Injury Law, we deal every day with car-wreck cases where the at-fault driver caused damages to our client far, far exceeding the at-fault driver’s ability to pay for them, with insurance or otherwise. Recently we have seen some really tragic situations, including that of a young lady who lost her life as a completely innocent passenger, in a wreck where one of the drivers had no coverage at all and the other had only the minimum limits. (No amount of money could possibly replace her lost life, but in this situation there isn’t even enough coverage available to pay off her student loans, leaving her grieving parents, who co-signed for her, to foot that bill.)
Are you ready for that to happen to you or somebody you love?

The good news is that there actually is a tool available to prevent an uninsured or underinsured driver from putting you in this situation. It is called, aptly enough,Uninsured/Underinsured Motorist (UM) insurance coverage, and you can add it to your auto policy for, usually, a very reasonable additional premium.
Essentially, UM coverage extends your insurance policy to cover the person who injures you, insuring that other driver for the liability he or she incurs as a result of having caused the wreck. That coverage, then, becomes available for you to make a claim against, just as if the at-fault driver had been carrying a larger insurance policy. Generally, a UM policy makes this coverage available to you whenever you are injured in a motor-vehicle accident, and it can be available to family members who live with you even if they aren’t expressly covered by your car insurance policy. UM coverage also applies when the at-fault driver is unknown, such as in a hit-and-run.

We have handled many cases where the only insurance coverage available is our client’s own UM policy. More frequently, the at-fault driver has no meaningful assets and only a minimum-limits policy, but because our client had the foresight to carry UM coverage, there is a pool of money sufficient to cover the medical expenses, lost income, pain and suffering, and other damages that arise from a car wreck.
Are you ready?