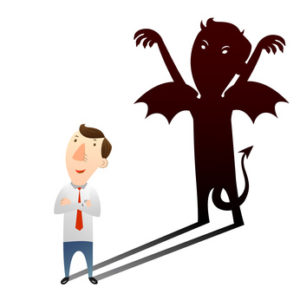 “We are going to get you back to the condition you were in before you got hurt. That’s our commitment to you.”

I have to share a story I heard recently that both gave me chills and boiled my blood, while confirming for the umpteenth time that we are doing good, important, noble work in this firm.

This is not a client’s story. I really wish the person had been a client — because stopping things like this from happening is why this firm exists. In a nutshell, I recently met a young mother who works in a chiropractic office, and she told me about a violent car crash she had been in a couple of years ago when she was rear-ended by a distracted driver. The cause of the crash sounded pretty typical, and the description of the violence of the wreck was consistent with what I’ve heard over and over again in my practice. Like most of my clients, this young lady initially thought she would recover on her own, but quickly discovered that the whiplash and her other spinal disc injuries would require significant treatment if she was to make a full recovery. Because she worked in the medical industry and understood how important it was to get early, consistent care, she did her best to get all the care she needed. Of course, that was expensive.

Fortunately, the at-fault driver’s insurance representatives made sure her initial medical bills were taken care of and checked in with her frequently to sympathize and show their deep concern. They made it clear they were on her side and doing everything they could to ensure she was completely taken care of. Eventually, these insurance-company representatives who had put in the effort to develop a rapport — maybe even a friendship — with this young lady offered her a settlement. A small payment for her pain and suffering, but also, they told her, a commitment to provide her all the medical care she needed to make a full recovery. “We are going to get you back to the condition you were in before you got hurt,” they told her. “That’s our commitment to you.”

This young lady, the mother of small children and a full-time worker, accepted the offer and signed a release, grateful that the extensive treatment she would need for her injuries wouldn’t be a financial burden to her family. She didn’t hire a lawyer. Her “friends” at the insurance company warned her against hiring a lawyer, telling her they wouldn’t offer more money if she got a lawyer involved, so all it would do was cost her a portion of her settlement. That, for sure, was the last thing she needed, so she kept lawyers out of it. After continuing her course of care for about a month, she got a phone call from a doctor’s office. Her upcoming appointment was being canceled, she was told, because the insurance company was refusing to pay for it.

She called the insurance adjuster who had been so kind to her.

She asked, “Why will you not pay for my appointment?”

“It has been a month. The release you signed says we will pay for your care for 30 days.”

“You told me you would get me back to the condition I was in before I got hurt. That is going to take a lot longer than 30 days!”

“The release you signed says we will pay for your care for 30 days.”

“I guess you’ll have to find some other way to pay for it.”

And so, years later, with eight herniated discs in her neck and back, this young mother continues to live with the pain inflicted on her by a careless driver. The promises of the sweet-talking insurance adjusters were worthless. Their warnings about hiring a lawyer were just self-serving lies. The details, the fine print — it all benefited the insurance company and did nothing for her or her injuries. As too many people find out too late, what insurance company representatives tell you when dealing with a claim is what they want you to believe, and their words are motivated by nothing more than the insurance company’s interest in protecting its own bottom line.

This young lady not only allowed me to share her story — she asked me to. She made the mistake of not recruiting to her side a skilled, caring personal injury firm before negotiating her claim with the insurance company, and it cost her immensely.

Don’t let that happen to you or the people you love.