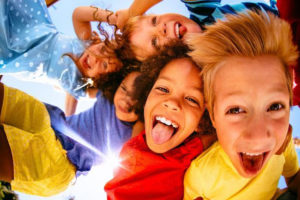 The overwhelming majority of the time, when a potential client walks in the door we are dealing with an adult who has suffered some kind of serious injury. Sometimes, we have a parent and a child who were injured in the same car crash. And sometimes the only injuries were to the child, either by chance or because the incident involved the child alone. Injuries to children raise some legal issues that don’t appear in cases where the only client is an adult.

Whenever a new claim shows up in our office, one of our first concerns – after dealing with any immediate and urgent needs our client might have – is to look at the statute of limitations. The statute of limitations controls how long an injured person has to file a lawsuit; although not every claim needs to be filed as a lawsuit, if that option is unavailable because the limitations period has passed, any claim for compensation is toothless and will be ignored.
For bodily injury claims in Georgia, the limitations period is usually two years from the date the injury occurred. In cases where the injury was caused by a criminal act (and technically that includes a moving violation like “following too closely,” the standard citation for a rear-end car crash), the limitations period is tolled, or suspended, until the criminal matter (or traffic citation) is disposed of.
Note: Even though some circumstances or provisions of law can act to extend the amount of time you have to file a lawsuit for an injury you sustained, we generally recommend that our adult clients file suit within two years regardless of the tolling of the statute. When it comes to the limitations period, we believe it is better to be safe than to be sorry, and as missing a limitations deadline is fatal to a claim we err on the side of caution.
When the injured party is a minor, also, the limitations period is tolled until the person turns 18. That means that a six-year-old, for example, hurt in a car crash may have until she turns 20 to pursue a claim for her injuries. Other incapacities and disabilities can have the same effect.
In some cases, it makes sense to wait until the child is a legal adult before pursuing a claim. For example, if the child is a teenager, maybe even a driver already, and is injured in a car crash by another driver’s negligence, the amount of time before the teen becomes an adult may be fairly short, and allowing the teen to come of age and pursue his or her own claim simplifies the process. In other cases, where injuries may be subjective or permanent, it may be advantageous to let time pass to allow the child to develop the capacity to tell the first-hand story most effectively, or to prove how significant and life-altering a permanent injury actually is.
Much of the time, though, there is no advantage to letting time pass, and the best thing to do for the child and everybody involved is to pursue and resolve the claim as quickly as possible. In such a case, though, we have to address the question of who can act on the child’s behalf. After all, the reason the limitations period is suspended for a child is that a child is not legally competent to file a lawsuit or to sign a contract – and so, incapable of hiring an attorney or giving a liability release in exchange for a settlement.
The natural and obvious first possibility, of course, is the child’s parents or, if there is one, an existing legal guardian. While it can become complicated when the parents disagree about what to do, usually either both parents can agree on how to proceed or one parent has sole legal authority to make the decision. If the parents are not available, anybody having physical custody of the child can petition to be appointed guardian and can then make a claim or file a lawsuit on the child’s behalf. For claims of a certain size – if a proposed settlement would leave the child $15,000 or more after legal fees and costs are deducted, for example – lawsuits and claims on behalf of minors are supervised by the courts, and there are restrictions on what can be done with the money recovered. For smaller claims, though, parents can bind their children to settlements without a court’s approval.
As with all you adults, or maybe even more so, I hope your children never have to deal with a personal injury claim. If that ever happens to somebody you know, though, please feel free to point that person in our direction. Injury claims can be complicated anyway, but when children are involved getting good advice is of the utmost importance.
Give us a call at (678) 909-0770 or set up a consultation at our website at: www.piedmontinjurylaw.com.