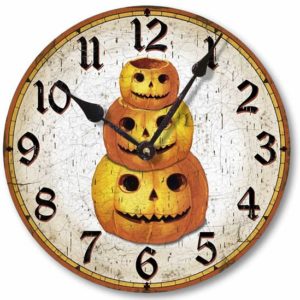 One of the medical practitioners we work with and whom I admire tremendously likes to say something I happen to disagree with. He says that the golden rule in treating patients involved in personal injury claims is to treat them the same as you would a patient who is not involved in a personal injury claim. While I understand (and completely agree with) the underlying logic of this view – the idea that the treatment an injury requires doesn’t change depending on who is responsible for paying for the treatment – I can’t agree with the principal as a general rule.

The reality is that a personal injury (PI) claimant, injured by somebody else’s negligence and having a right to compensation from that person, has timelines and deadlines and considerations that would not apply to another patient with the exact same injuries but no legal claim for compensation. Because of these pressures, personal injury claimants don’t have the same luxury of patience as non-PI patients with the same injuries.

To illustrate, imagine a patient with lower back pain with radiating pain and weakness down his left leg. Very commonly, that could be the result of a vertebral disc herniation at the L4-L5 level (that is, the disc between the fourth and fifth lumbar vertebrae). That injured disc is probably pressing on the nerve root at that level, which is causing the pain to radiate down the extremity. Both PI- and non-PI patients might be prescribed similar interventions: conservative treatment like physical therapy or chiropractic care, and then if that doesn’t work an escalating program of increasingly-invasive treatment, including injections, nerve ablation (the destruction of a nerve to prevent the transmission of pain signals), and surgery, passing through specialists such as an orthopedist, neurologist, pain management doctor, and neurosurgeon.
So far, so similar. Both patients have identical injuries with identical symptoms, and identical options for treatment. Both patients face the same life-long consequences for the injuries they have sustained and the same complications for the treatment available. But the constraint of time for the PI patient may require that diagnosis and treatment progress at a different pace.
For example, it is arguably more important to make a definitive, early diagnosis of a disc injury for a PI patient than for a non-PI patient. For the non-PI patient it may not really matter what event caused the injury; it may not matter if the injury is one week old or six months old; and it may not matter if the patient has medical images that clearly show the injury in a way that could be presented to prove the existence, extent, and characteristics of the injury.

An MRI is an important diagnostic tool, and one that can provide that documentation and proof…but it is also expensive. For a non-PI patient, it might be perfectly reasonable to try physical therapy or chiropractic care first, before investing in an MRI, in hopes that the expensive test might turn out not to be necessary to guide further care.
For the PI patient, though, it is critical to capture this evidence early, while all the signs of an injury – and, perhaps most important, all the signs of a recent injury – are still visible on the imaging. There is a reason insurance companies insist that providers wait at least six weeks before ordering an MRI. They say it is because an expensive test like an MRI should wait until conservative care has been attempted for a while; in reality, it is because evidence of acute injury fades, and the insurers would be very happy if the MRI came late enough to miss the signs tying the injuries to the traumatic event that caused them.

Similarly, the PI patient may need to progress through the hierarchy of care faster than the non-PI patient. While both the PI and non-PI patients face the same life-long consequences for their injuries, at least the PI patient may be compensated for the medical expenses, lost income, pain, suffering, physical impairment, and loss of enjoyment of life that the injuries cause. However, because a claim for compensation is subject to time limits, the PI patient has to move faster. While the non-PI patient might be able to pursue conservative or alternative care for years before finally considering a drastic step like surgery, a PI patient needs to know – certainly within 18 months, but ideally within six months – if he is likely to need to have surgery.